Minor McBane (blue) was winning throughout. Clint Sureshot 7 (green) continually attacked yellow, even though blue was open to be attacked and growing stronger. At the end of the game when it was just them 2 left, I spectated. Green backed himself into a corner, not making attacks, still online and connected. Made no attempt to cut through the continents to make a dent in blue's reinforcement numbers, despite having plenty of troops, and let him win without ever attacking him. Ban these cheating cunts! There should be an algorithm in place that detects when a player always teams up with another specific player to cheat. 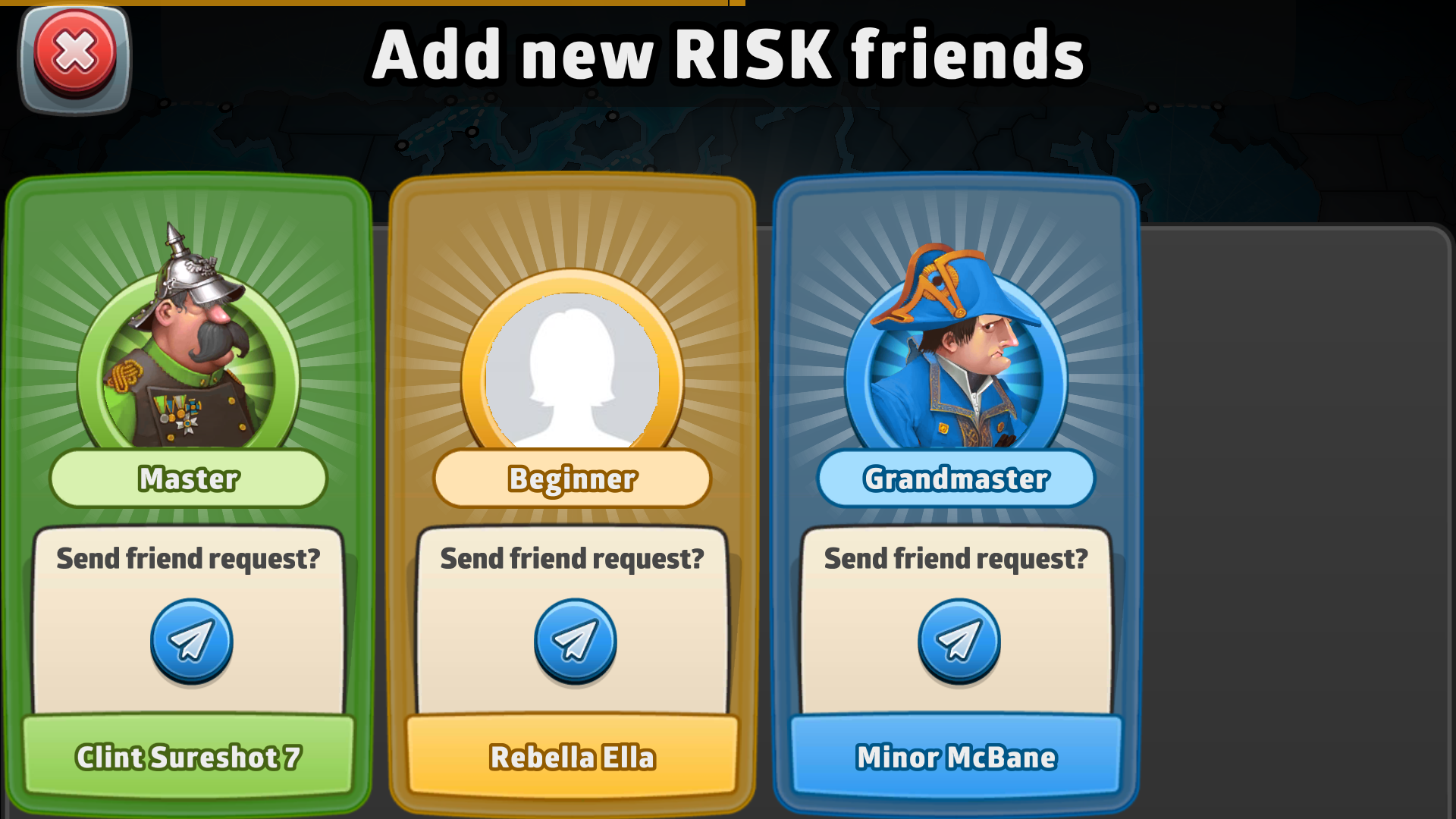 Please make a support ticket with this same information if you can. It is much easier for us to track cheating reports in support tickets, rather then in the forum.