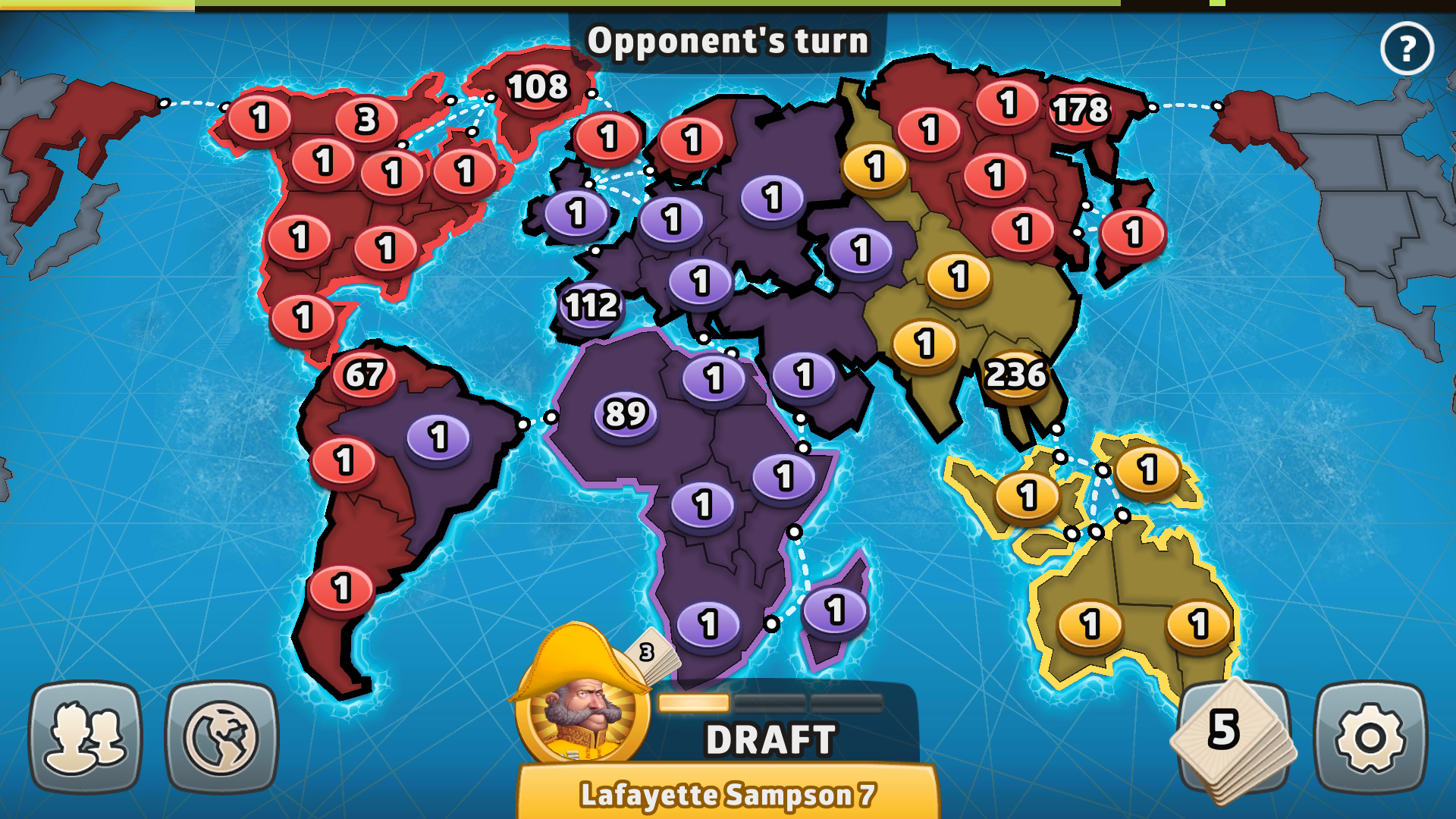 Eventually yellow quit and the computer went haywire, so purple attacked him and the rest was history :P The whole game I was building up enough of an army at my borders to attack both of them. 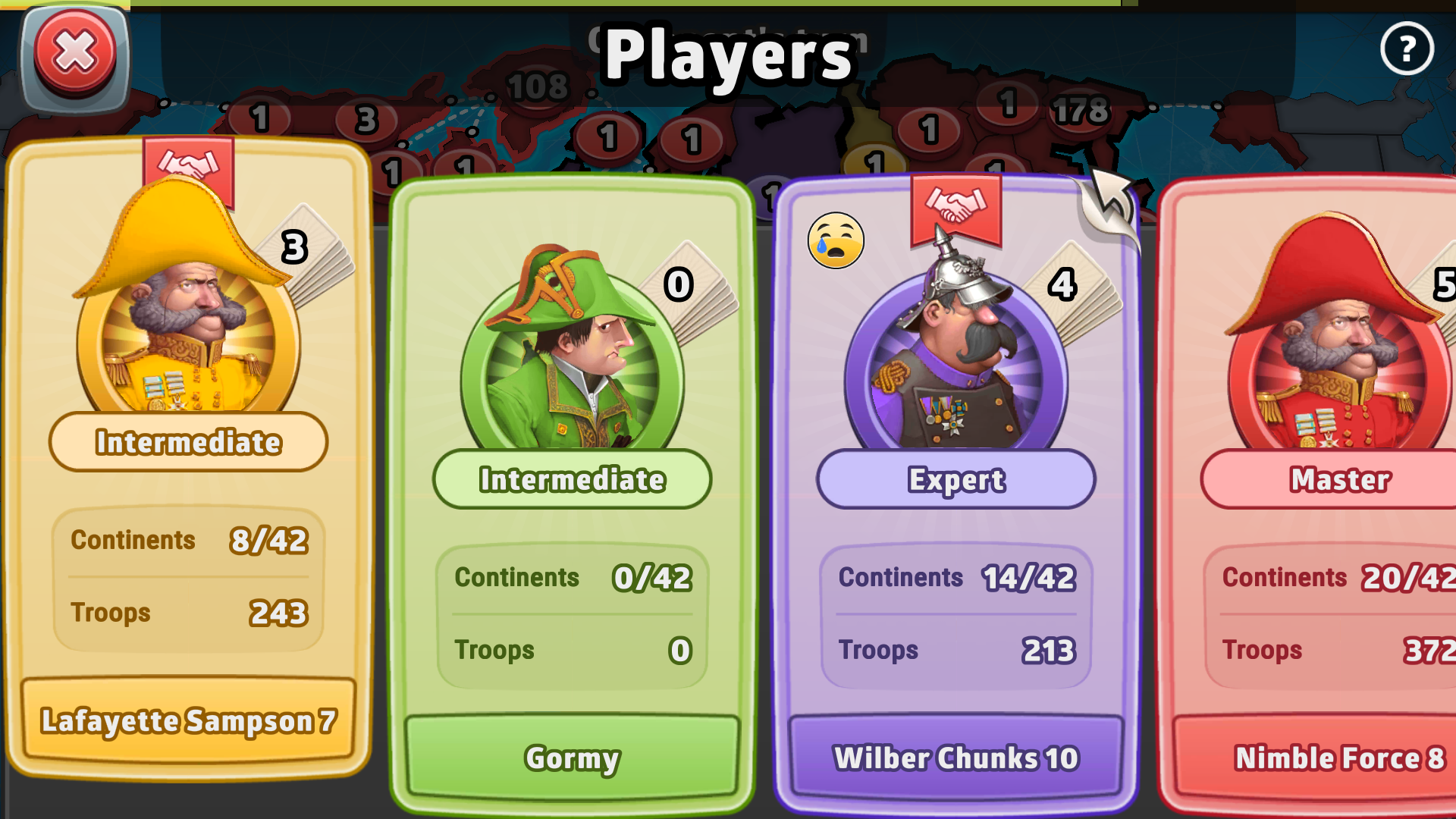 Then decided to jump into Australia: 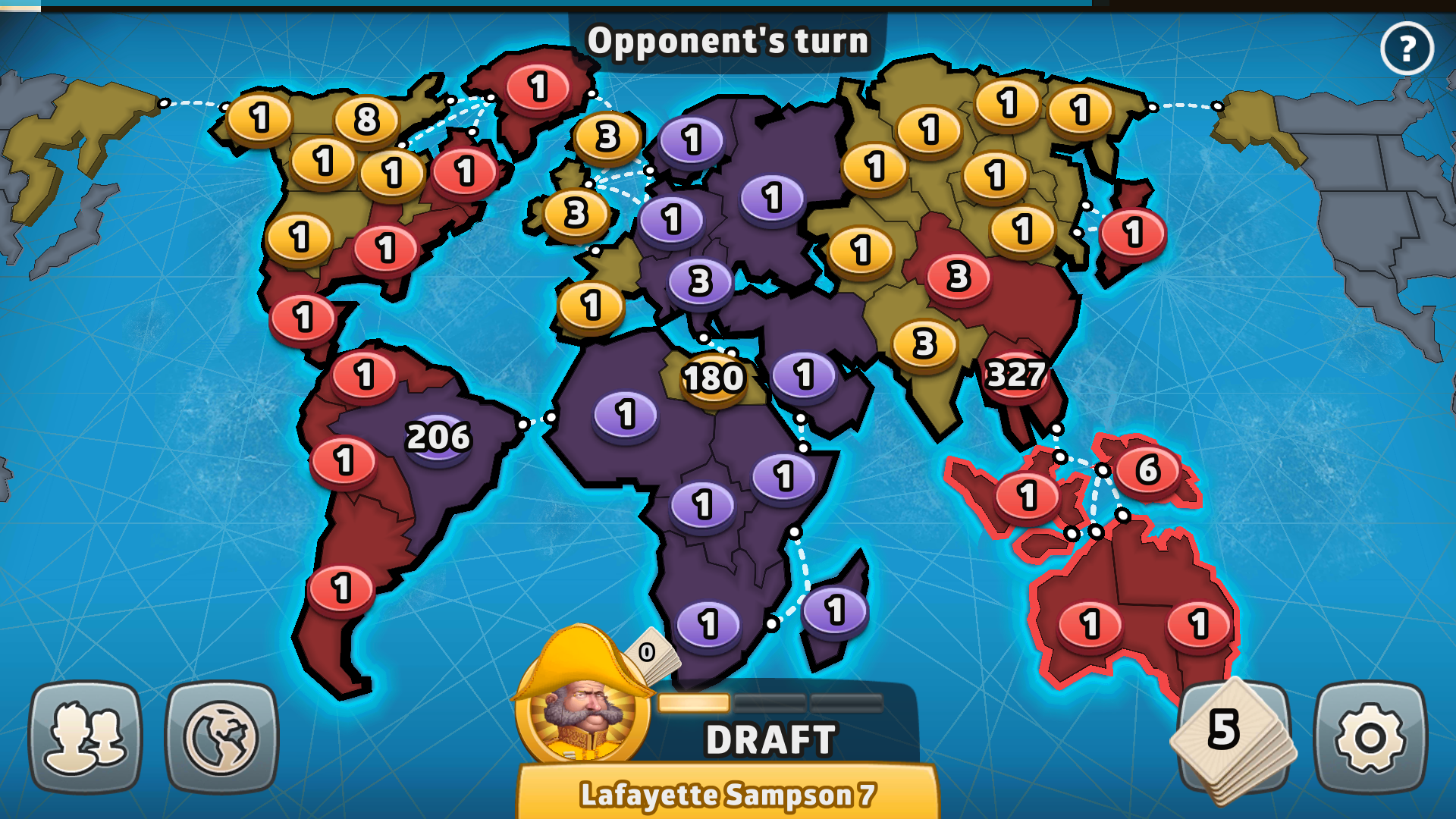 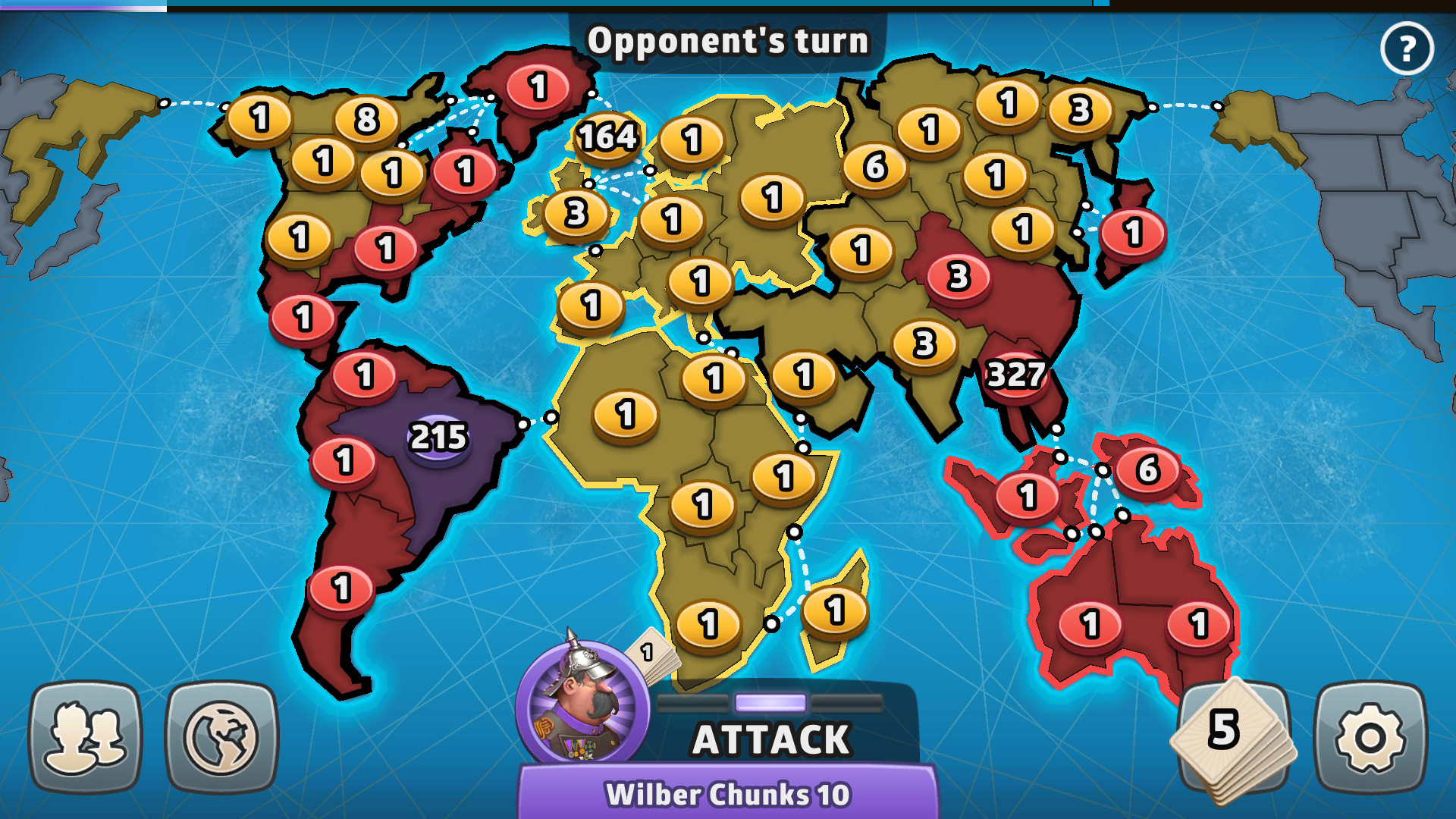 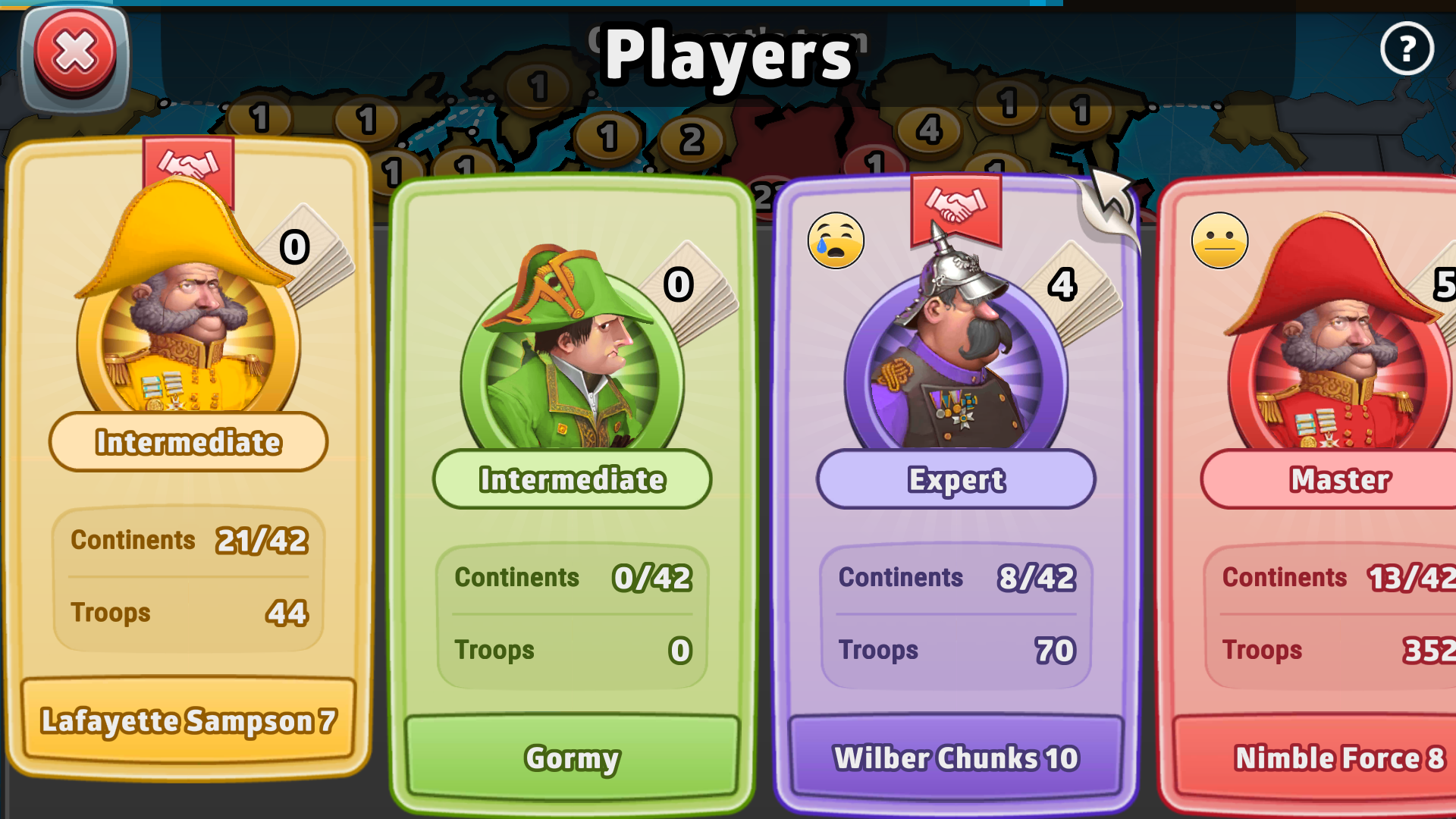 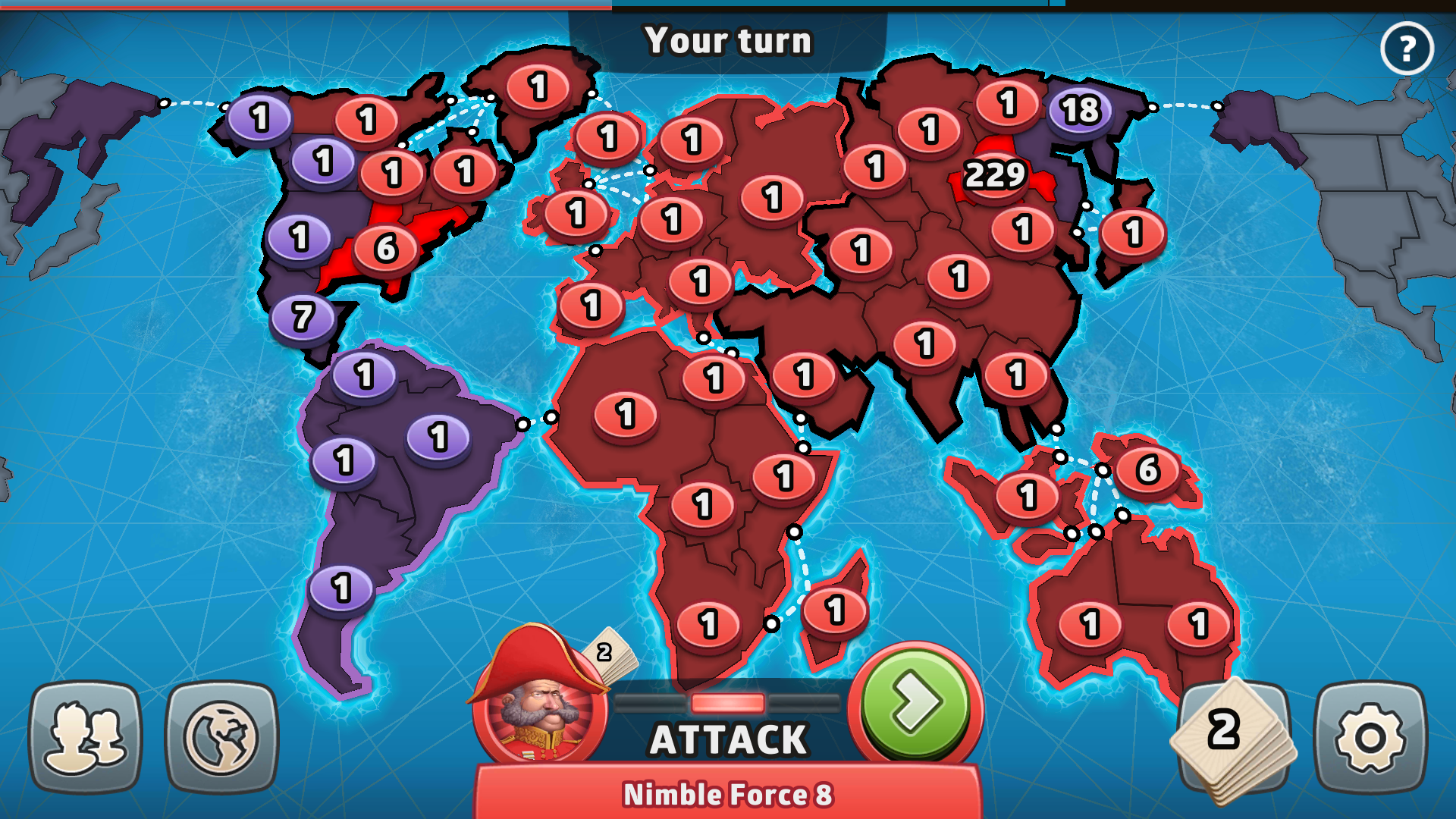 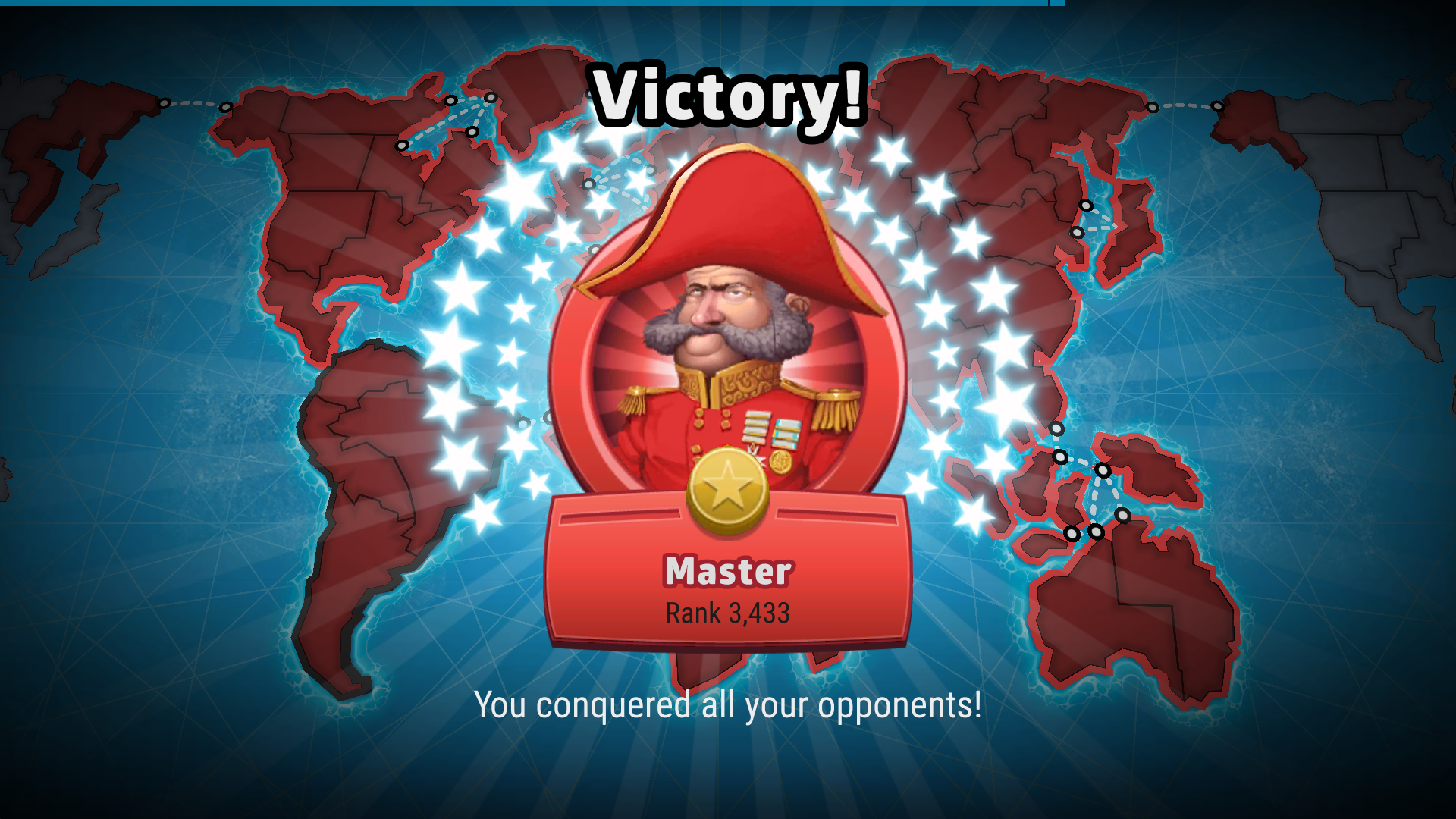 The largest army of mine I got a screenshot of was 372.

I'd have still beat them if AI hadn't took over yellow haha.

Should point out, this was a fixed card trade game, not progressive. I only play fixed.